History of Forex Trading: From Era of Gold to Online Trading Like Now

Forex trading has a fairly long history. Starting from the era of gold trading to forex trading that can be done online as now.

In the history of forex trading until the late 90s, only the jetsets or wealthy people, large financial institutions such as central banks, private and government banks, and large commercial companies such as Apple or Toyota were doing.

They can trade forex for trading purposes, paying debts, hedging (hedging), or investing. The capital required is large, and not just anyone can do forex business.

After the development of the internet around the world in the late 90’s, the forex market is finally able to be followed by almost all individuals, from entrepreneurs to housewives, young and old alike.

Brokers also began to design forex so that it could be traded on a retail basis by individuals. So now, from money changers, banks, to motorcycle taxi drivers who hang out in front of your alleyway, everyone can enter the Forex market!

Amazing isn’t it!? Read the full history of forex trading below.

In the history of human civilization, it is known that the exchange of goods between individuals began with a barter system.

For example, if someone needs a goat to meet someone who sells two baskets of apples and agrees to exchange them, then a transaction can occur.

However, over time, barter alone was not enough to meet the needs. The main problem with the barter system is what if you can’t find a person whose needs and supplies of goods to exchange match exactly?

In order to overcome the shortage of barter, then created a means of payment or means of exchange in various forms. In this period, mankind used shells, beads, rare stones, and precious metals as a medium.

However, please note that each region can apply its own “currency” based on what is considered the most valuable, recognized by the community, and is portable (easy to carry anywhere).

Because each region of the world uses a different “currency”, traders who transact between regions or cross-island and transcontinental voyages often need a universally accepted reference currency exchange.

In many locations, it is agreed to use a precious metal such as Silver or Gold as the medium.

The kingdoms that existed at that time began to print their own “money” by determining the content of certain precious metals in it. In turn, the exchange is based on that rate. This is the beginning of currency exchange in ancient times.

Since when did currency exchange take place? Byzantium records (circa 4th SM) show that the kingdom monopolized the exchange of money.

Then Papyrus records also show that currency exchange has been carried out in the era of ancient Egypt.

Other regions ranging from Australia, Indonesia, China, India, to Europe have their own records. So, this is not something that suddenly appeared in modern times.

Also read: Simple Guide How to Make Money From Forex Trading Up To US$1000

Exchanging money has been going on since ancient times, but the history of modern forex trading as it is today actually only started after World War II. Here’s the story.

There was a lot of chaos and economic crisis at the end of World War II, so that the governments of the Allied countries felt they needed a system that would later be able to unite the global economy. Then the “Bretton Woods System” was formed to make this dream a reality. 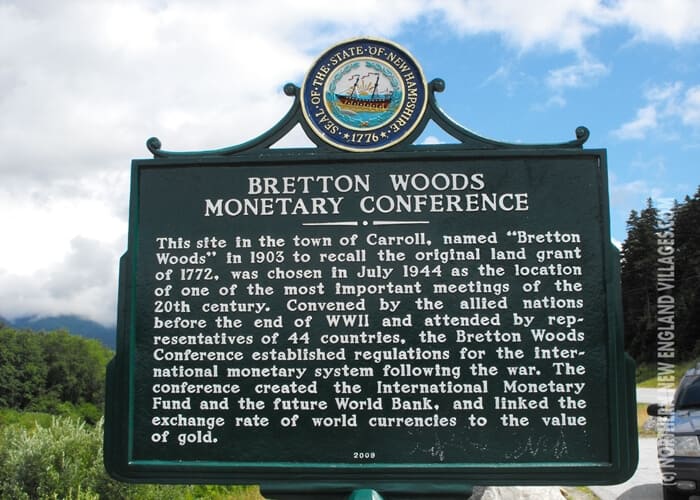 In the Bretton Woods System, which was born in the city of Bretton Woods, New Hampshire, United States in 1944, for the first time there are official rules to regulate monetary relations between countries.

The United States, which at that time held two-thirds of the world’s gold reserves, insisted that the system be based on gold and the US dollar.

Finally, this system requires all countries involved to relate the value of their currency to gold and the US Dollar. However, it did not last long.

The value of the dollar is no longer obtained from its gold reserves, but only from the promises of the US government. This action has actually made the US Dollar a reserve currency for many countries in the World.

Also read: The 6 Type Forex Market Participants In The World

At that time, the exchange rate between currencies was no longer determined by standard, but by following a simple economic system: demand and supply. A new phase was born in the history of forex trading, namely the floating exchange rate system.

After that, the main currency buying and selling transactions are carried out by banks; While other parties such as government and companies need to contact banks as intermediaries.

Companies that need it can contact the bank by telephone, then the bank records at what price a currency is bought or sold.

This creates the interbank market as an over-the-counter network where currencies are exchanged and exchange rates change dynamically.

The development of the global economy between the 80s and 90s then led the world to a new development in the history of forex trading where people could participate in a world that was previously dominated by large banks and international companies.

Transactions through banking intermediaries no longer have to be initiated by telephone contact, but simply with instructions via the internet.

Also read: 6 Reasons and Advantages of Forex Trading that You Must Know

In fact, a trading platform was created that allows anyone to see the ‘price’ (currency exchange rate) and trade currencies in real-time.

Technological developments are a crucial point in the history of forex trading, as they pushed trading volume on the forex market to become the largest financial market in the world with daily liquidity reaching USD5.3 trillion in 2013.

At this time, too, we can find out which currencies are traded a lot and try to benefit from the strengthening or weakening of currency exchange rates.

How can we as “ordinary people” benefit from currency exchange? Now there are many ‘forex brokers’ who serve currency trading for the community on a small scale.

In contrast to the interbank market which has a standard trading size (US$100.000 per unit); Forex brokers like this facilitate people to trade forex even with a capital as small as a few tens or hundreds of dollars.

Even more sophisticated in today’s mobile era, forex trading can be done via laptop, tablet, android, or iPhone.

As long as there is an electricity and internet connection, we can “jump into the forex market” and profit from it, as long as we know how to trade forex.

9 Types of Orders in Forex Trading that Traders Should Know

6 Times and Hours to Forex Trading: From Asian to American Session

Hierarchy and Forex Market Structure that Traders Should Know