Basics of Trading with Channels in Forex

The channel consists of 2 parallel lines and there are 3 types, namely up, down, and sideways channels. This is a technical analysis tool to determine entry levels (buy or sell).

Channels in forex is a technical analysis tool that is often used mainly to determine the entry-level (Buy or Sell).

The Meaning of Bounce and Breakout in Forex Trading

Definition and How to Draw Trendlines in Forex Trading

Also read: Definition and How to Draw Trendlines in Forex Trading

Judging from the shape, there are three types of channels, namely: 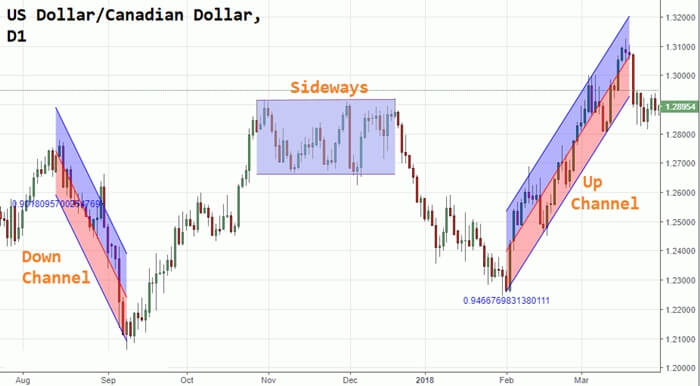 Also read: How to Determine Support and Resistance Points in Forex Trading

How to Create Channels in MetaTrader 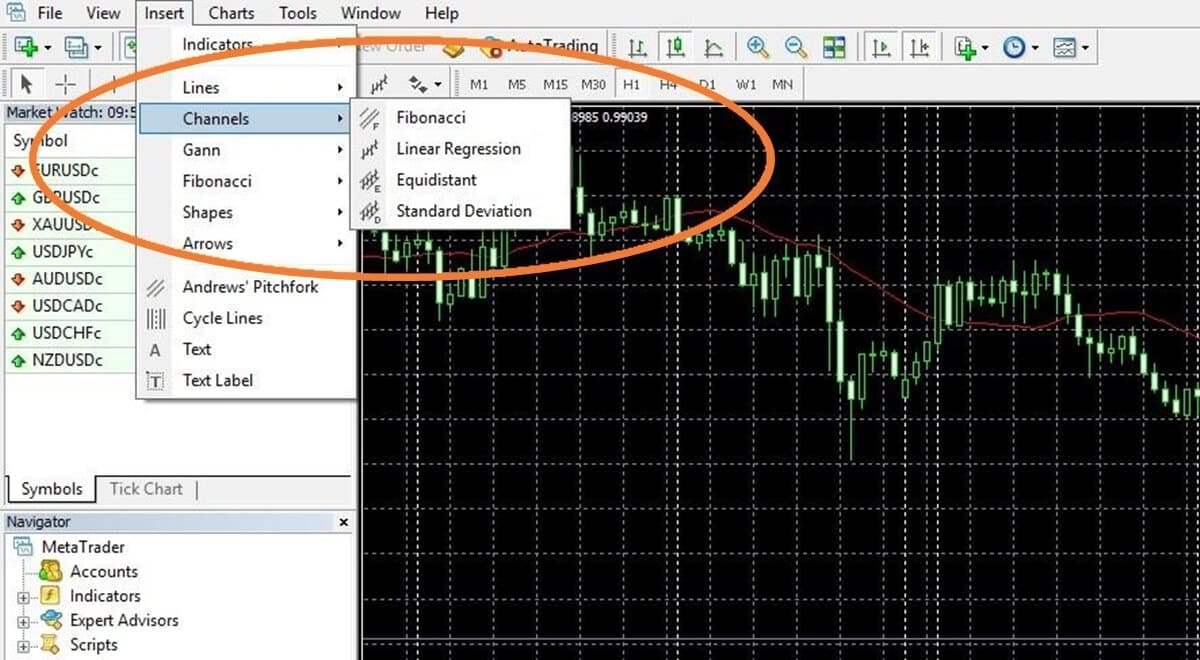 Trading platforms can provide more than one type of channel to draw. However, the simplest channel as shown in the picture of Down Channel, Up Channel, and Sideways above, is obtained by using Linear Regression Channel.

To apply a channel to the price chart, you simply click on the Linear Regression option, then click on the high and low levels that can be found on the chart, subject to the following conditions:

If there is an error in setting high and low, you can move it later until you reach a channel that meets the requirements and can be guessed by its shape.

What to Pay Attention to When Creating a Channel

There’s no set rule for creating a channel, but the steeper the angle of the channel you create, the less reliable or valid it will be.

This is because the pattern of price movements that go up or down sharply will be prone to a break or a break in the channel you created.

The more often the channel you create is tested or fails to penetrate price movements, the more valid and reliable it will be.

Resistance and Support lines on a channel do not indicate a definite Resistance or Support level but are an area (range) of resistance or support.

Example of Trading with Channels in Forex

Trading with channels is usually done with Sell entry in the Resistance area and Buy in the Support area, as well as a tight stop level to anticipate if the price breaks the channel. 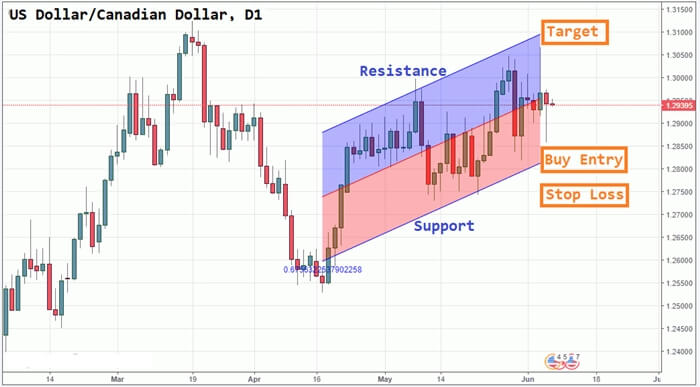 The target level (limit) is usually determined in the opposite area, near Support or Resistance. An example is shown in the image above.

As confirmation before entry, you can use technical indicators. For example the Moving Averages indicator or oscillator indicators such as the RSI, the Stochastics indicator, and others.

Also read: What is a Candlestick: Forex Candlestick Chart and its Meaning

In addition, you can also look for confirmation by investigating what candlestick formations are formed around the Resistance or Support area.

Therefore, after studying the discussion of trading with channels in this forex, it is better to examine various other discussions that can be used as confirmators.

The Meaning of Bounce and Breakout in Forex Trading

Definition and How to Draw Trendlines in Forex Trading

How to Determine Support and Resistance Points in Forex Trading

What is Support Resistance in Forex Trading?